Retired NBA star and former Houston Rockets center Dikembe Mutombo anxiously waited at the international terminal in LAX Wednesday afternoon. His guest of honor was an 8-year-old boy in need of a life-altering and life-saving surgery.

“Very difficult as a father to see a child who is 8 years old who is born like all of us but has not gotten opportunities,” Mutombo said.

That little boy, who flew halfway across the world for help, is Matadi. He needs the help of specialists because of a tumor growing on the left side of his face.

Mutombo’s foundation sponsored his trip to the United States from the Congo, and doctors at the Osborne Head and Neck Foundation are performing the surgery for free.

“He is suffering from a life-threatening illness and we are here to help this little boy and Mr. Mutombo’s foundation saved this little boy’s life,” said Dave Dell, of the Osborne Head and Neck Foundation.

Mutombo first met Matadi in Congo. Mutombo’s own foundation built a hospital in his home country, which has served more than half a million women and children. There, Matadi received a cleft lip repair, but there were no specialists who could take on the tumor.

“Right now, we want to improve the living condition of the people in Congo where the mortality rate is 45 for men and 47 for women,” Mutombo said. 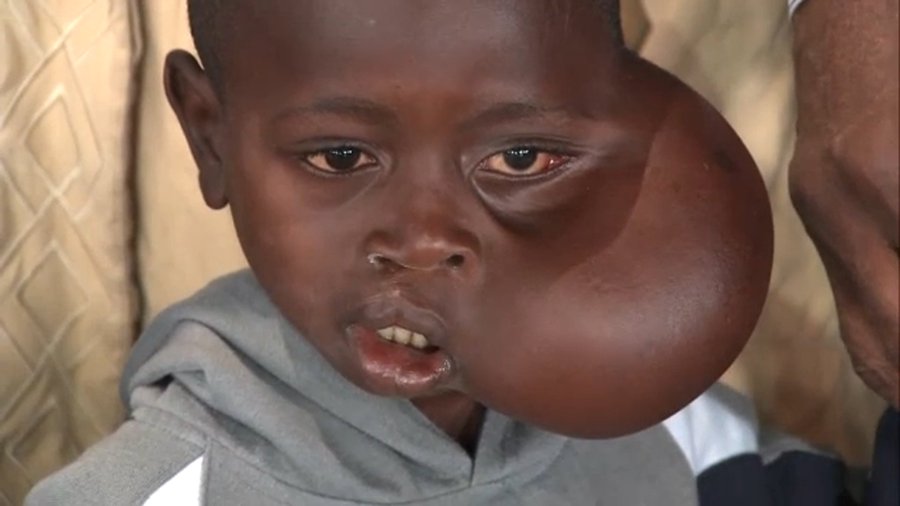 The @officialmutombo Foundation brought Matadi to the US from Congo. The @OHNIinstitute is removing his tumor for free. Matadi and his father also get to stay at the @RMHC for free. Many organizations coming together to give this boy a life-saving surgery! <3

Matadi and his father’s arrival to the United States is not only significant for Matadi’s health, but for his future. Mutombo says Matadi’s community has rejected him because of his face.

“Hopefully change the life of this young man and go back to living a normal life,” Mutombo said.

Matadi will stay with his father at the Ronald McDonald house, free of charge, while he recovers from his surgery. Comedian Artie Lange shares photo of nose after ‘3 decades of...