(CNN)  Treacherous driving conditions and canceled flights could keep residents stuck at home for days as a nasty mix of snow and ice grip the Southeast. 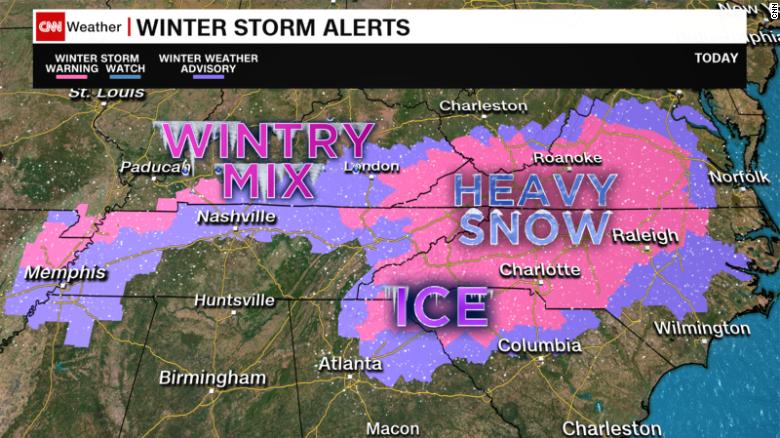 More than 12 inches of snow will fall Sunday in the southern and central Appalachians, the National Weather Service said.
Snowfall could total 12 to 20 inches over the Appalachians and into the Carolinas by Monday, when the storm is expected to move off the coast, the NWS said.
“Snowfall amounts in some locations will likely exceed a foot and result in several days of difficult or impossible travel, extended power outages, and downed trees,” the agency said. 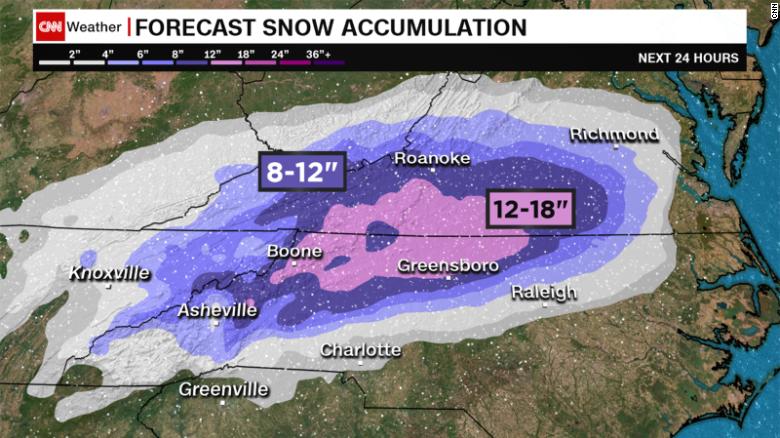 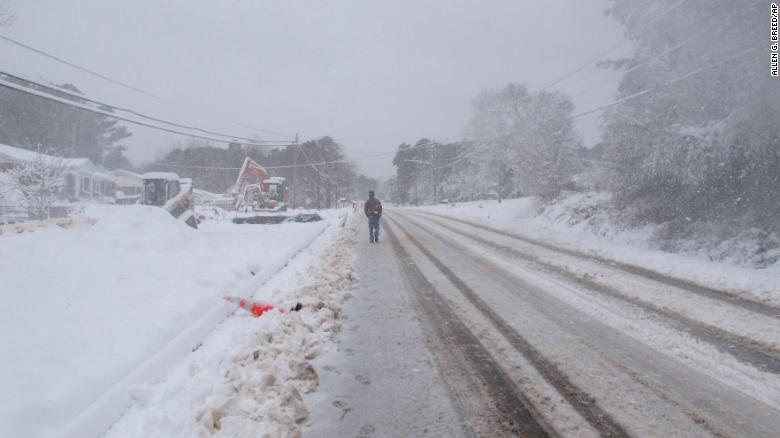 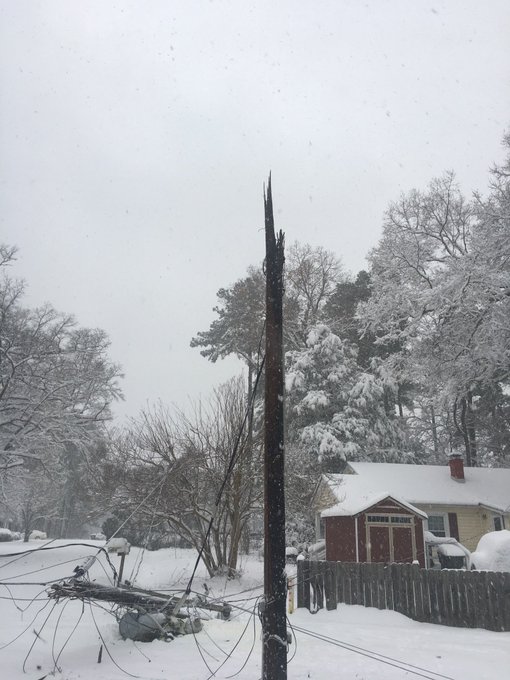 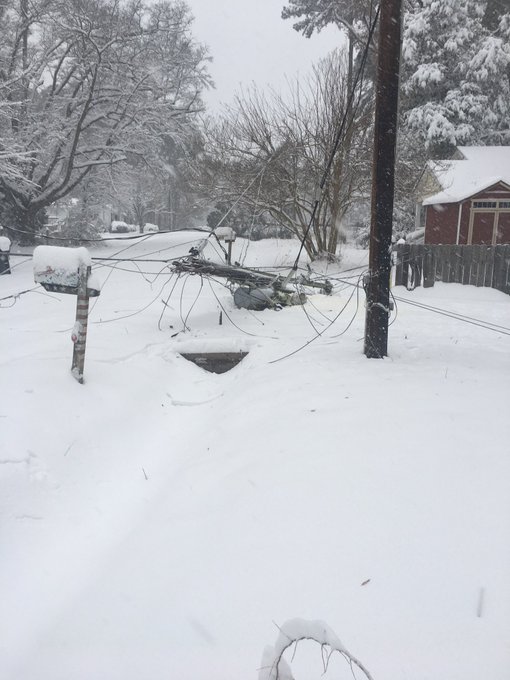 All that heavy wet #snow is starting to weigh #powerlines and tree branches down. Here on the 2800 block of Beck Rd a power pole has broken. Remember when the power goes out to safely use alternative heating and lighting sources. #NCWx #DurhamWeather #WinterStorm #WinterSafety

Twitter Ads info and privacy
Authorities responded to more than 500 car crashes between midnight and 11 a.m. Sunday, North Carolina Gov. Roy Cooper said.
“We’ve seen too many collisions. … We’re encouraging people to stay off the roads,” he said. “The biggest concern now is ice.”
Even before the storm hit, Cooper declared a statewide emergency. Grocery store shelves were cleared of bread, milk and other staples.
North Carolina Highway Patrol said anyone who must drive should leave twice as much following space behind the next car, in case the next closest vehicle loses control.
View image on Twitter 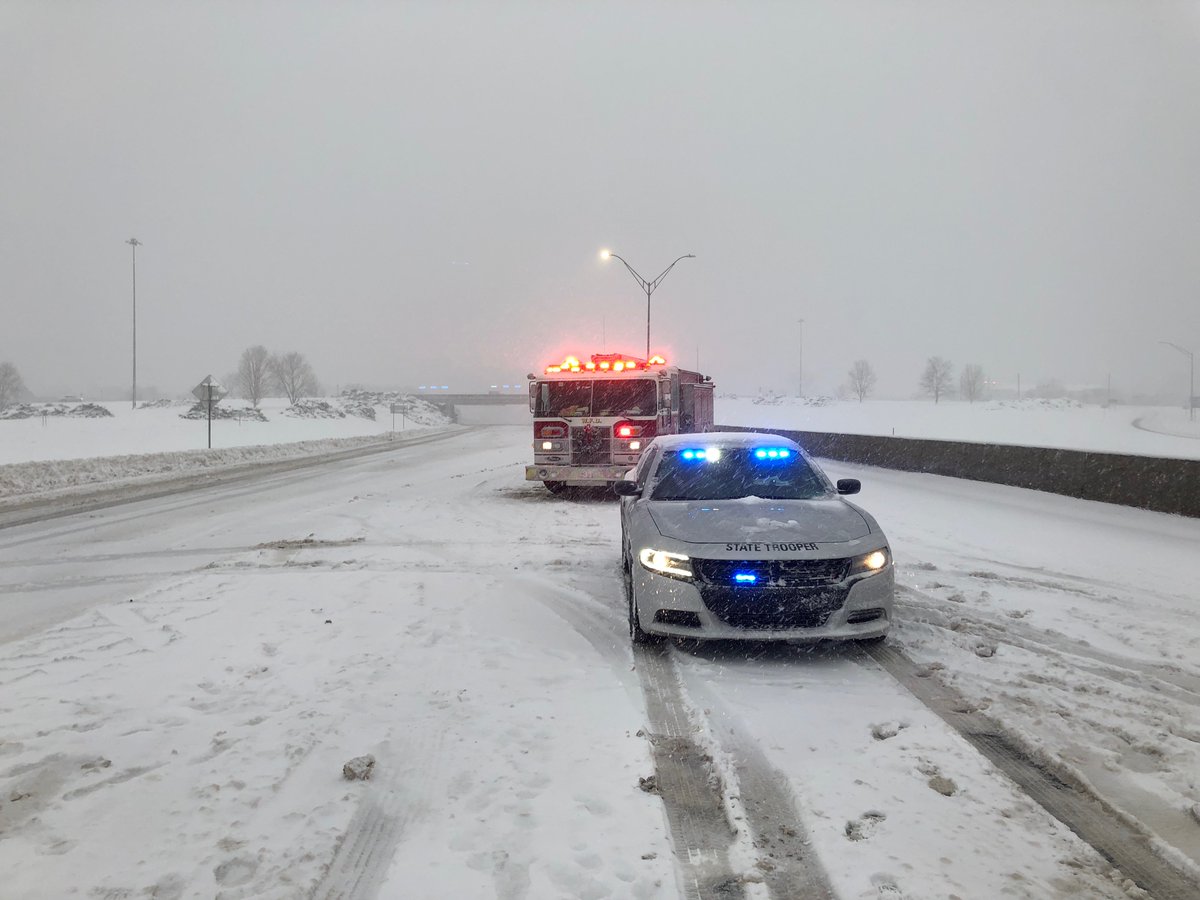 Driving conditions remain hazardous. If you do not have to leave your home, please do not. If you must leave, be sure to slow down, increase following distances, have emergency supplies on hand and expect delays. #wintersafety #winterstorm

50 people are talking about this

‘Ice is becoming a big problem’ in South Carolina

In South Carolina, a state known for palmettos rather than freezing rain, ice-covered roads are making driving conditions perilous.
View image on Twitter 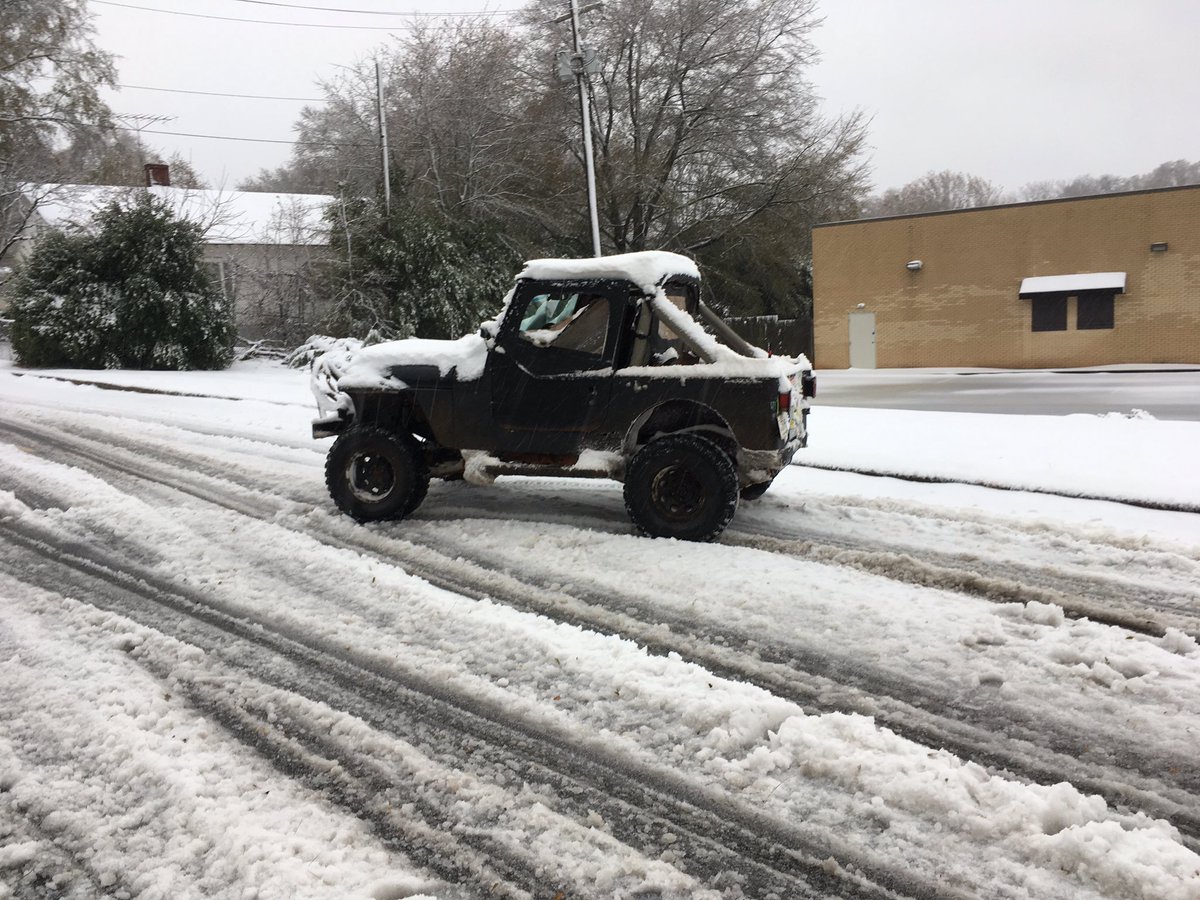 It’s never a good idea to be out on the roadways in winter weather, but when snow switches to nothing but ice, even a 4×4 will struggle.

Twitter Ads info and privacy
“Ice is becoming a big problem. Please stay off the roads,” Greenville County Emergency Management pleaded.
The local National Weather Service office had to adjust its forecast map Sunday after it became clear more ice was expected near Interstate 85.
“We have increased our ice (accumulation) forecast quite a bit along the I-85 corridor,” the NWS Greenville-Spartanburg office said.
View image on Twitter 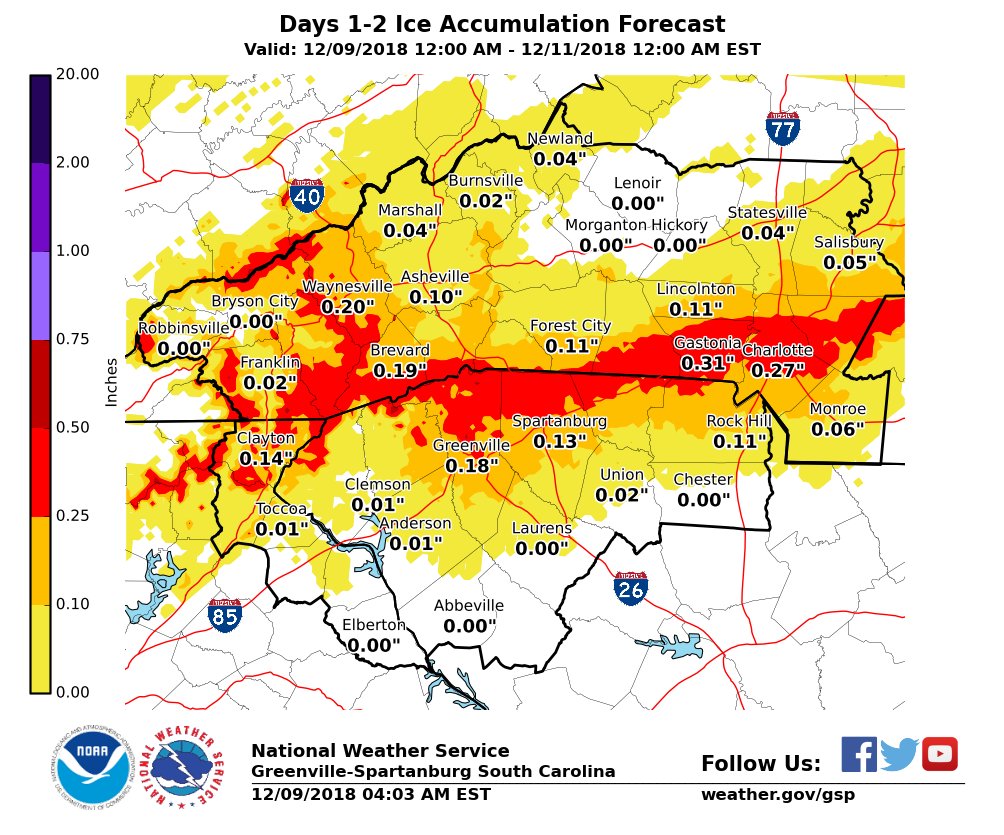 We have increased our ice accum forecast quite a bit along the I-85 corridor. Numerous power outages/downed trees likely this AM.

30 people are talking about this

Twitter Ads info and privacy
And with ice and heavy snow come power outages.
As of 4:30 a.m. Sunday, 2.5 inches of snow had fallen in the Greenville-Spartanburg area.. Half an hour later, the county’s emergency management office said 14,189 customers had lost power.

The storm left a trail of misery in Texas

Before striking the Southeast, this moisture-heavy storm walloped Texas flash flooding along the southern edge of the state and snow and ice in the north.
As the moisture moved east, it collided with a high-pressure system over the Ohio Valley that is funneling cold air into the region.
In Lubbock, Texas Tech University rescheduled all Saturday final exams for Sunday.

59 people are talking about this

Twitter Ads info and privacy
Parts of Lubbock were buried under 10 inches of snow — 2 inches more than the city usually gets in a whole year.
“They crushed their yearly average in 24 hours,” CNN meteorologist Ivan Cabrera said.

Grounded airline passengers might remain stuck Monday as more flights get canceled.
The Charlotte airport said it expects cancellations through Monday morning, mostly involving small, regional planes.
American Airlines, whose second-largest hub is in Charlotte, has canceled 1,100 flights for Sunday. It’s not clear when those passengers will be able to get on board, since another 320 flights scheduled for Monday already have been nixed.

CNN’s Artemis Moshtaghian and Ralph Ellis contributed to this report.