Three officers were injured during crossfire in Houston on Tuesday while trying to serve a warrant to a man who remains at large, officials said.

While at the door of the home, Trevino fired at officers who then returned fire, Toquica said during a news briefing.

One deputy and two AG’s officers were injured during the shootout.

There were unconfirmed reports the suspect was barricaded in a nearby home. 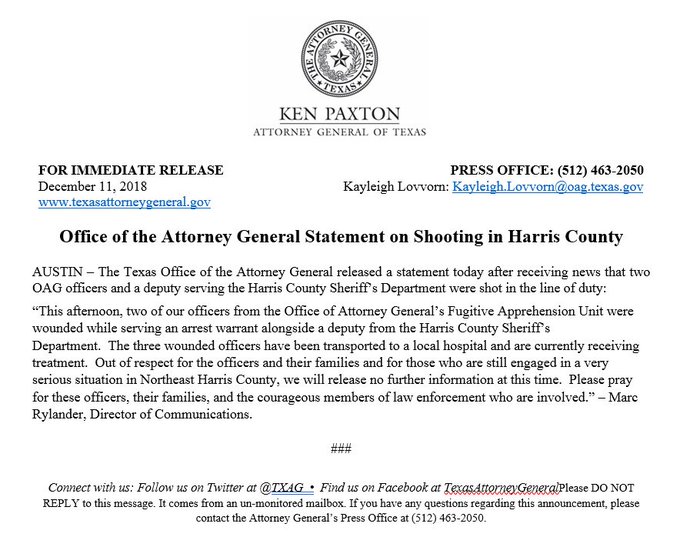 Office of the Attor­ney Gen­er­al State­ment on Shoot­ing in Har­ris County: https://www.texasattorneygeneral.gov/news/releases/office-attorney-general-statement-shooting-harris-county …

One officer with the AG’s office was shot in the torso and leg while the other was shot in the foot, The Houston Chronicle reported. The deputy was struck in the hand and likely will lose a finger as a result of his injury, the news report said.

Update on Hartwick Rd: All three injured officers are awake and alert. Expected to survive their injuries. Thank you all for your prayers.

90 people are talking about this National News: 17 people were busted in a child pornography sting...