New York (CNN)A surgery center is warning more than 3,000 patients that they may have been exposed to bloodborne pathogens if they had a procedure at its ambulatory in Saddle Brook, New Jersey, between January and September 2018.

An investigation from the New Jersey Department of Health found that employees at the HealthPlus Surgery Center were not following sterilization procedures, and medical instruments were not being cleaned properly, potentially exposing patients to diseases transmitted through blood including hepatitis B, hepatitis C and HIV.
No infections have been traced back to the lapse in protocol and all affected patients were notified, according to the state health department.
“Although the risk of infection is low, out of an abundance of caution, HealthPlus and the New Jersey Department of Health recommend patients get blood tests for hepatitis B, hepatitis C and HIV,” Janelle Fleming, spokeswoman for the New Jersey Department of Health, told CNN Monday.
According to a press release, HealthPlus surgery center offers podiatry, orthopedics, pain management, and plastic surgery.
A letter from HealthPlus to affected patients says the next step is for all patients to get tested for blood infections, and that the center will pay all medical expenses associated with the testing. 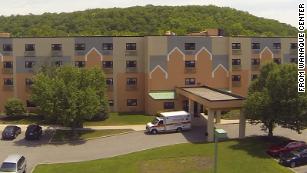 11th child dies in adenovirus outbreak in New Jersey
Hepatitis B and C infections can start between two and six weeks after a person is exposed. An infected individual may not experience symptoms, according to the National Institutes of Health National Library of Medicine. A person with hepatitis B may get better without treatment, while others may experience long-term illness that can cause liver damage. Hepatitis C requires treatment and is a long-term illness that can also cause liver damage.
HIV is the virus that causes AIDS. It can stay in the body and slowly damage the immune system, making it harder to fight infections.
“All of us at HealthPlus understand this may be upsetting,” the letter reads, continuing on to explain that “lapses in infection control in sterilization/cleaning instruments and the injection of medications” may have exposed them to diseases, and directs patients to various facilities where they can get tested.
Fleming said she could not share information on what triggered the investigation that identified the “lapses in infection control.”
Get CNN Health’s weekly newsletter

Sign up here to get The Results Are In with Dr. Sanjay Gupta every Tuesday from the CNN Health team.

HealthPlus was closed following the September 7 report, and reopened later that month after making necessary procedural changes to comply with guidelines from the New Jersey Department of Health and US Centers for Disease Control and Prevention, among others.
In a statement, Betty McCabe, HealthPlus surgery center’s administrator, said the facility reopened on September 28 after undergoing a third-party cleaning and repairing of all their instruments, hiring new staff, and changing infection control and medication dispensing procedures.