Prosecutors said they would agree to the plea if Dalton took responsibility for his actions and pleaded guilty to all counts against him. The move came during jury selection.
Attorney Eusebio Solis said that against his advice, Dalton decided to plead guilty to spare his family and the families of the victims the grief of reliving what occurred, CNN affiliate WOOD reported.
“I’ve wanted to do this for quite a while,” Dalton told the court when asked if he understood what he was pleading to and whether he was doing so voluntarily, according to CNN affiliate WWMT-TV.
Dalton pleaded guilty to six counts of murder, two counts of assault with intent to commit murder and eight felony firearm charges, WWMT reported.
A sentencing hearing is scheduled for February 5. A statement from the Kalamazoo County prosecuting attorney said Dalton faces a mandatory sentence of life in prison without the possibility of parole.
Dalton also was accused of injuring two people during the shootings.
During a news conference on Monday, Kalamazoo County Prosecutor Jeff Getting said he and his team were happy to reach this resolution in the case, but he doesn’t know if the community will ever get an answer as to why Dalton carried out the shootings.
“I don’t know whether there will ever be a satisfactory answer as to why he did it … the ‘why’ question is one that haunts us,” Getting said.
He also said had the case gone to trial, the prosecution had more than 30 witnesses and more than 100 pieces of evidence ready.
At a May 2016 preliminary hearing, Tiana Carruthers described the moments before she was shot as she escorted her daughter and four other children to a park in her apartment complex. 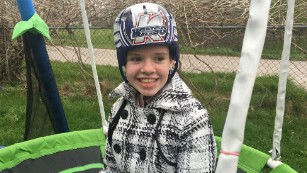 ‘Miracle’ survivor of Kalamazoo shooting faces new danger
Police said Dalton committed the shootings between picking up fares as an Uber driver in the southwestern Michigan city on February 20, 2016.
Carruthers told the court she and the others were walking through the parking lot when a silver SUV nearly struck them. The man inside the vehicle asked her if she was “Macy” or “Maisie.”
When she started to describe the moment the man approached her, Dalton interrupted her.
Kalamazoo shooting suspect Jason Dalton blames Uber app
“No, they gave bags, these old people, they have these old black bags, that are called — they’re black, they’re black bags that people drive around and people look at them,” Dalton said. “It gets real bad, it’s time people look and that’s when they tell the people it’s time to get to temple.”
It’s unclear to what Dalton was referring. Carruthers began to cry and the judge asked Dalton to speak quietly to his attorney for the rest of the proceedings.
Moments later, Dalton attempted to stand. Court officers quickly restrained him and then dragged him out of the courtroom. On the stand, Carruthers screamed and was surrounded by her legal team and supporters. They escorted her out of the courtroom. 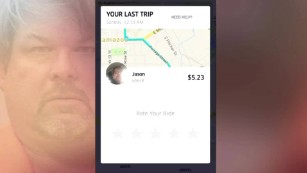 Kalamazoo Uber rider: ‘You’re not the shooter are you?’ 02:03
Throughout the rest of the hearing, Dalton remained in a holding cell with two police escorts, following the hearing by video conference.
Dalton was accused of driving from one location to the next, shooting people seemingly at random at three places. Dalton also apparently picked up multiple passengers over the day as an Uber driver.
He told investigators the Uber app made him “like a puppet” and that it would “take over your whole body.” July 30, 2021
Administration Office Closed The Sheriff’s Department offices at the Annex in Lanett and the Courthouse in LaFayette will be closing at 12:00 P.M. (local time) today...