Abdulrahman Sameer Noorah appears during his arraignment in Portland on Aug. 22, 2016. His lawyer Ginger Mooney, pictured, has represented a number of Saudi students facing criminal charges in Oregon. (Rebeca Bagdocimo/Staff)

In December 2014, a university student from Saudi Arabia was arrested in Monmouth and accused of raping a classmate after giving her marijuana and shots of Jack Daniel’s.

Bail was set at a half-million dollars. The judge ordered the student, Abdulaziz Al Duways, to turn over his passport to the private defense lawyer hired to represent him, according to court records and the Polk County District Attorney’s Office.

A few days later, an official from the Royal Consulate General of Saudi Arabia in Los Angeles posted bail.

But the two disappearances aren’t the only ones involving Saudi students facing serious criminal charges in Oregon.

He was accused of killing a Portland teen. Feds believe the Saudis helped him escape

He was accused of killing a Portland teen. Feds believe the Saudis helped him escape

– All were young men studying at a public college or university in Oregon with assistance from the Kingdom of Saudi Arabia at the time of their arrest.

– In four of the cases, the Saudi government stepped in to help, posting large sums of money for bail and possibly underwriting legal fees.

– All disappeared while facing charges or jail time.

– The same Oregon defense attorney, Ginger Mooney, was hired to represent the four most recent suspects.

– Little is known of the whereabouts of the five, though some have been traced back to Saudi Arabia.

The new details add to mounting scrutiny of Saudi Arabia’s conduct abroad after the kingdom’s role in the murder of journalist Jamal Khashoggi in Turkey last fall.

Khashoggi, a U.S. resident, was dismembered inside the Saudi Consulate in Istanbul, according to Turkish officials. The CIA believes Saudi Crown Prince Mohammed bin Salman ordered the killing.

The additional cases raise new questions about the role the Saudi government may have played in assisting its citizens fleeing prosecution in Oregon — or possibly elsewhere in the United States.

Most puzzling is how some of the students were able to leave the country and travel internationally after they had surrendered their passports.

“This is even more evidence that the Saudi government has acted to help its citizens escape justice for crimes committed in Oregon,” Sen. Ron Wyden told The Oregonian/OregonLive in response to learning about the new cases.

The FBI, State Department and Department of Homeland Security did not comment for this story, citing staff reductions and furloughs during the federal government shutdown. The Justice Department did not respond to a request for comment. 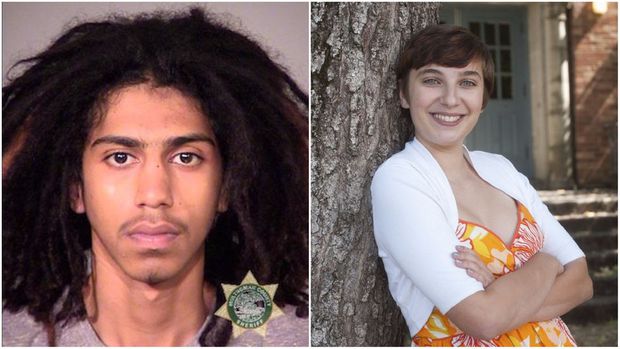 In a letter Friday, Oregon Sen. Ron Wyden asked two of Trump’s top Cabinet members what the administration is doing to get Abdulrahman Sameer Noorah back and hold him accountable for allegedly running down teenager Fallon Smart. He called for a thorough investigation of Noorah’s disappearance.

Calls and emails to the Saudi Embassy in Washington and Saudi Consulate in Los Angeles went unanswered.

In a letter last month, Wyden asked Secretary of State Mike Pompeo and Acting Attorney General Matthew Whitaker for explanations about the disappearance of Noorah, the PCC student and most recent case.

“These are shocking claims in any event,” Wyden wrote to Pompeo and Whitaker, “but with the barbaric murder of U.S. resident Jamal Khashoggi, they suggest a brazen pattern of disregard for the law and abuse of diplomatic privileges.”

The number of Saudi students in the U.S. has surged since 2005, when the oil-rich nation created a generous scholarship program for those seeking to study abroad.

The program covers full tuition, provides a monthly living stipend and offers other perks to those who attend American colleges or universities.

More than 44,000 Saudis studied in the U.S. during the 2017-2018 academic year, according to data from the Institute of International Education. About 1,000 of them are at Oregon colleges and universities — second in the state only to China, figures show.

Luther said Saudi students first started coming to PSU in the 1970s. The majority today focus on business, engineering and architecture. “They’ve always been involved in the campus and our community,” she said.

But a few Saudi students who have come to Oregon struggled to stay on the right side of the law.

Portland police say Noorah, then 20, was speeding on Southeast Hawthorne Boulevard when his car fatally struck high schooler Fallon Smart, who was legally crossing the street in August 2016.

After Noorah’s arrest, the Saudi Consulate retained Mooney to work on his case and cut a $100,000 check to provide him bail, according to court records and prosecutors.

He faced charges of first-degree manslaughter, which carries a minimum prison sentence of 10 years, felony hit-and-run and reckless driving.

Two weeks before his June 2017 trial, Noorah removed an electronic tracking monitor he was required to wear as a condition of his release, then disappeared, authorities say.

Officials with the U.S. Department of Homeland Security and U.S. Marshals Service told The Oregonian/OregonLive last month they now believe he left his Southeast Portland neighborhood in a black SUV and later used an illicit passport and private plane — likely provided by the Saudi government — to flee the country.

This past July, more than 13 months after Noorah disappeared, the Saudis contacted Homeland Security to inform the agency he was back in their country.

Al Duways, the student accused of rape, arrived at Western Oregon University and moved into a house blocks from campus, records show. He enrolled for winter term in January 2013, majoring in computer science.

His troubles began 16 months into his studies.

Al Duways was arrested twice in six weeks on suspicion of driving under the influence of intoxicants during the summer of 2014, according to Monmouth Municipal Court records. He faced additional charges for failing to appear in court in both cases, the records show.

The next December, a classmate accused Al Duways of raping her at his Stadium Drive North home after giving her marijuana and shots of whiskey, according to a probable cause affidavit filed in Polk County.

Court records show the woman called 911 during the alleged attack, prompting police to respond. Officers found the woman in Al Duways’ bed, “crying and shaking uncontrollably while hiding her body and face underneath the blanket,” the affidavit says.

Records show she told police: “He said, ‘Tell them I’m your girlfriend’ and he said, ‘I’ll give you anything. I’ll do anything if you don’t tell them.’”

She did not respond to interview requests from The Oregonian/OregonLive.

Police arrested Al Duways and he was arraigned on multiple felony counts, including first-degree rape. His bail was set at $500,000, records show.

During a hearing, Judge Sally Avera ordered Al Duways’ passport be turned over to Mooney, his attorney, according to the Polk County District Attorney’s Office.

On Dec. 29, Ahmed Alzahrani, of the Saudi Consulate in Los Angeles, posted $50,000 for Al Duways’ release from jail, records show. In Oregon, defendants must post 10 percent of the set bail for release.

Al Duways disappeared before his next scheduled court appearance.

In Oregon, the only crimes for which a judge may deny bail are murder and treason.

Waleed Ali Alharthi was taking English classes at Oregon State University when Benton County sheriff’s deputies say they found his laptop computer filled with nearly a dozen pornographic videos involving children in August 2014, according to court records and the university.

Alharthi had arrived in Corvallis that March from his home country on a student visa and academic scholarship from the Saudi Arabian Cultural Mission, records show.

While under arrest in the back of a deputy cruiser, Alharthi asked to contact the Saudi Consulate, a police report said.

He was booked in the Benton County Jail on 10 counts of first-degree encouraging child sex abuse Aug. 7, records show. A judge set his bail at $500,000.

Faisal Alsudairy, then with the Saudi Consulate in Los Angeles, signed the $50,000 security deposited for Alharthi’s bail, records show.

Alharthi was required to turn his passport over to Benton County’s trial court administrator, according to court documents. He moved to Portland in September, records show.

After months of attending court hearings in Corvallis, Alharthi did not show up to a status check on April 2, 2015.

Mooney was his lawyer. She told the court Alharthi had recently moved out of his house in Portland and she feared he may be dead, according to a note taken by a prosecutor at the hearing.

Mooney declined to comment for this story. Records show the Willamette University law graduate has two decades of experience handling criminal defense, post-conviction and habeas corpus cases in the state. She was a partner at a small firm in Salem when in February 2014 she took on her first criminal case involving a Saudi student in Oregon, records show.

Mooney has been hired to handle at least nine criminal cases involving Saudi students across Oregon, including sex abuse and harassment, with most ending with charges dropped or reduced. The rest have disappeared.

Allison Martin Rhodes, a lawyer for Mooney, said state ethics rules prohibit her client from talking about any of the cases.

“Ms. Mooney does not have the consent of her clients to reveal any information,” Martin Rhodes said. “To the extent information related to these matters might suggest unethical or improper conduct by Ms. Mooney in the representation of these clients, the suggestion is completely unfounded. Ms. Mooney takes her ethical obligations seriously and conducts her practice to the highest standards.”

Suliman Ali Algwaiz entered no-contest pleas to third-degree assault, driving under in the influence of intoxicants, and other charges Aug. 4, 2016.

Authorities said the Portland State University accounting major was drunk earlier that year when he struck and critically injured a homeless man while driving the wrong way on Southwest Market Street. He kept driving, police said.

His college-age sister, also studying in Portland, deposited $31,260 into his inmate account so he could bail himself out, records show.

The victim suffered injuries to his legs, pelvis, shoulder, head, ribs and spine, with medical bills topping $120,000, according to a lawsuit filed against Algwaiz that March.

Algwaiz was sentenced to 90 days in jail, which he was allowed to serve on weekends, court documents show. Sixteen days after Algwaiz’s plea Aug. 4, Noorah was arrested for the fatal hit-and-run that killed Smart.

Records show he recovered his passport from the Portland Police Bureau’s property and evidence division Sept. 20 and stayed for in the Multnomah County jail for the last time two days later.

Then he disappeared. A warrant for his arrest was issued. It remains outstanding.

Federal court records in Oregon show the Saudi government bailed out Alhamoud from the Lincoln County Jail after he was indicted on multiple sex crime charges, including first-degree rape.

Alhamoud had been admitted to Oregon State University and was taking non-degree English language classes at the college, the university said.

He boarded a plane in Portland the same day he was released from jail and returned to Saudi Arabia, according to a criminal complaint.

Wyden, learning of the new cases from The Oregonian/OregonLive, now says he wants to broaden his initial inquiry and is asking for assistance from the Trump administration.

“Secretary Pompeo and the Justice Department need to do a thorough investigation to determine the scope of this abuse of our justice system,” Wyden said, “and start by answering the questions I asked.”

Visit subscription.oregonlive.com/newsletters to get Oregonian/OregonLive journalism delivered to your email inbox.

15 apps parents should look out for on their kids’ phones Ala. student arrested for calling in threat to Tiger Stadium during...