As a Tarrant firefighter fights for his life in a Birmingham hospital, friends and co-workers are rallying around the family to offer support in any way they can.

On Tuesday evening, a GoFundMe was launched to help with mounting medical expenses for Lt. Jerry Presley, who was critically injured in a Sunday-morning fire.

Tarrant Fire and Rescue Service and Tarrant police responded to a fully-involved blaze at a house on Woodrow Drive. “Shortly thereafter, a call came over dispatch that stole our breath and broke our hearts: ‘fireman down,’’’ wrote Melody Rickels, wife of Fire Chief Jason Rickels.

Presley, 47 and a 18-year veteran of Tarrant Fire, fell off a ladder, dropping at least 12 feet to the ground below. “Jerry’s family rushed to his side Sunday morning to find him unresponsive and fighting for his life,’’ she wrote in the GoFundMe. “He suffered a C-3/C-4 spinal injury, brain trauma, and an arterial injury in the neck.”

As of Tuesday, Presley remains in the Neuro Intensive Care Unit at UAB Hospital awaiting surgery to stabilize his spinal injury. The surgery has been delayed while they stabilize his cranial pressure and monitor a fever.

“I’ll never forget the look on my husband, Chief Jason Rickels’, face when he heard the words ‘fireman down.’ I’ll never forget the drop of my heart when Jason said to me, ‘It’s Jerry,’’ Melody Rickels wrote. “Lt. Jerry Presley is a devoted family man and loyal friend who has spent his life in service to God, his country, and his community. Every day he wakes up and goes to work knowing that it could be the day he gives his life protecting someone he has never met. Jerry would not regret it. He is the best among us and beloved by all those who know him.” 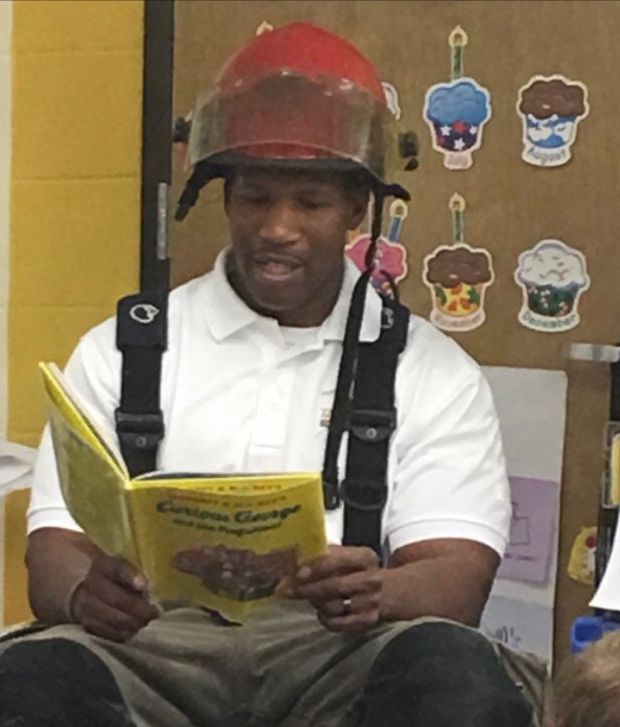 Lt. Jerry Presley, 47, remains in critical condition and unresponsive two days after he fell at least 12 feet outside a house fire on Woodrow Drive.

Presley’s wife, Tan, and his three children are keeping vigil at the hospital. “They are testament to, and reflection of, Tan and Jerry – smart, funny, kind, loving, and tenacious,’’ she wrote. “The outpouring of love, prayers, and well wishes for Jerry and his family have been both beautiful and humbling. Jerry’s other family, the men and women of the fire service and police force, have surrounded Jerry and his family since the moment he arrived at UAB.”

Melody Rickel wrote that at this point, it’s hour by hour, day by day. “One thing is certain, Jerry has a long, arduous road to recovery ahead of him. Tan and the kids will be with him every step of the way. The emotional toll, physical toll, and disruption of their lives is more than they should have to bear. The last thing they need to worry about is a financial burden.”

“There will be significant costs for Jerry’s family ahead, not the least of which is temporary housing down by UAB and meals. The costs will continue as Jerry recovers, even after he returns home,’’ she wrote. “My earnest hope is that the extended community steps in to care for Jerry and his family the way he has always cared for the community. Prayers cost nothing, we ask for those in abundance. If you are able to help financially please consider donating to this fund to cover the family’s expenses.”

2 arrested, 1 dead after chase ends with crash into Coosa...