On Groundhog Day 2019, Punxsutawney Phil could not find his shadow. And as the legend goes, this means we’re in for an early spring.

The Pennsylvania groundhog isn’t the only weather-predicting rodent in this quirky American tradition, but he is the most famous. And according to the Punxsutawney Groundhog Club, his opinion is the only one that matters.

This is only the 19th time out of 123 in his recorded history (there are 10 years where no record remains) that Phil hasn’t been able to find his shadow.

Even so, Phil is usually wrong, and meteorologists aren’t too sure Phil’s suspicions are right either.

It’s hard to imagine that spring is right around the corner after the polar vortex this past week, but we’ll just have to wait and see. 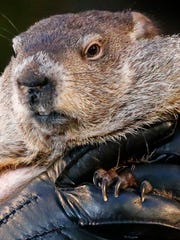 The legend goes that if the groundhog sees his shadow on Feb. 2, there will be wintry weather for the next 6 weeks (just about until the start of spring). If he doesn’t see his shadow, that means fairer weather is on the way.

Alabama governor signs abortion bill into law with no exceptions for...

The Tallapoosa County Sheriff’s Report for May 14th, 2021