A lucky Powerball winner in Wisconsin just claimed more than three-quarters of a billion dollars.

The jackpot, which crept up to $768.4 million on Wednesday, was won by a ticket sold in New Berlin, about 20 minutes west of Milwaukee.

“This is an amazing milestone moment for Wisconsin,” Wisconsin Lottery Director Cindy Polzin said in a statement. “It truly is incredible to think that the winning ticket for this historic jackpot was sold in our own backyard. I am extremely excited for the winners and for our state.”

The jackpot — the third-largest in U.S. history at $768.4 million — will have a cash value of an estimated $477 million, according to the Powerball website.

The retailer that sold the winning ticket will also receive $100,000.

The number had been estimated at $750 million, the fourth-largest lotto drawing, before the official total climbed past the $757.7 million jackpot won in May 2017 by a woman from Massachusetts.

(MORE: Breaking down the odds of winning Powerball’s $700M jackpot) 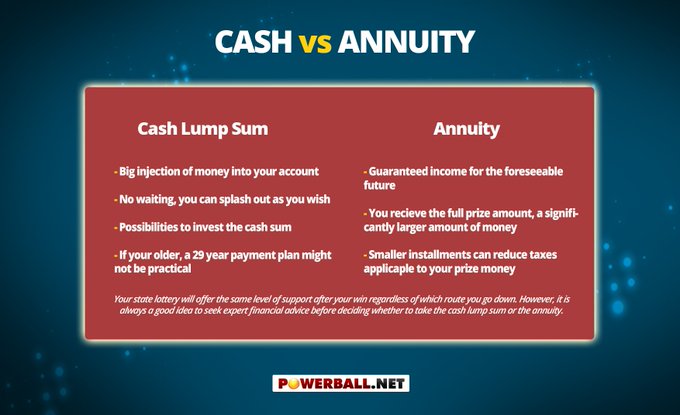 Take the one off cash lump sum, or choose annuity payments over 29 years

Which would you choose if you won tonight’s $750 MILLION jackpot?

Get more #Powerball info at

No one claimed the prize over the weekend, but people in Wisconsin and Florida won a $2 million prize after their numbers matched all five white balls plus the Power Play. Winners took home $1 million in Florida, North Carolina, Illinois, North Dakota, New Hampshire, New York and South Carolina.

Despite how high the jackpot climbs, players’ odds of winning stay at same at 1 in 292 million, according to Powerball.

The jackpot was the first won of 2019 as it has previously rolled over 25 times since the day after Christmas.

Opelika daycare worker arrested after allegedly assaulting a child in her...

The Obituary for Marshell Lynn Grimes The Obituary for Mrs Amarylis Watts Monroe of Ashland, Alabama