About 1,300 Bahamians are still unaccounted for after Hurricane Dorian struck two weeks ago.

East Grand Bahama (CNN)It takes just seconds here to be overwhelmed by the stench of death.

More than two weeks after Hurricane Dorian wiped out entire neighborhoods, East Grand Bahama still looks like a war zone.
The carnage is so widespread that even police officers can’t bear to see it.
“Police say they don’t want to go there. It’s too hard on them to go see their own people,” said Patricia Freling, a Florida nurse who’s volunteering in East Grand Bahama.
“They think there will be a lot of bodies. So we are preparing for everything.”
Freling is part of a US medic team on an aid trip to Grand Bahama — a once gorgeous island of 51,000 residents before Dorian pulverized it.
The team includes paramedics, nurses, a counselor and a retired US Marine.
Mental health counselor Betsy Rosander is used to difficult circumstances. But today is different.
“I think we are going to be seeing some real tough stuff,” she said.

‘Most people have not wanted to come here’

The medical team is led by 29-year-old Brittany Reidy, a nurse determined to help survivors in the most ravaged areas.
“Most people have not wanted to come here,” Reidy said. “But we said, ‘Take us to the worst part.'”
During the team’s hour-long drive from Freeport to the east end of Grand Bahama, the medics smell the carnage before they see it.
“That is the smell of dead bodies,” Reidy said from the back of a pickup truck.
The official death toll across the Bahamas is 52. But that number is expected to skyrocket, with 1,300 people still missing two weeks after the hurricane.
Some may be trapped under mountains of rubble where houses once stood. Others may have been washed away in the storm surge, their bodies only recently surfacing on land. 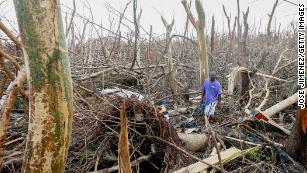 ‘Grand Bahama right now is dead’
“My fear is that if no one stacked the bodies, they might still be there,” said Tanya Steinlage, an emergency pediatric nurse practitioner.
This is Steinlage’s second aid trip to the Bahamas since Dorian struck.
“When I got back the last time, I had to throw out my scrubs,” she said. “I couldn’t take it.”
Steinlage said the bodies she encountered had most likely washed up during the storm surges because there were no standing structures anywhere in sight.
“They need to bring cadaver dogs out here to find them,” she says. “Right now, they are just (considered) missing.”

Just reaching this part of the Bahamas is a monumental feat.
Grand Bahama Highway, a lifeline connecting the entire length of the island, was impassable in many places for days.
Now that the highway has been cleared, the medics can reach places where residents had been trapped.
They enter one house, but no one is inside. A water line on the wall suggests neck-deep ocean water had surged through the home.
“The smell in there is just the mold from all the water,” Reidy said.
Mold isn’t the only long-term heath risk after the storm. In various parts of East Grand Bahama, the stench of sewage fills the air. There’s no running water, and the risk of infection is rampant.
Resident Patrice Higgs, 49, survived the storm in Mcleans’ Town Cay. But she cut herself sifting through the rubble.
The medics gave her bandages, antibacterial soap and clean water.
Another survivor tells the team he saw four people get washed away during the hurricane. But like many other residents, they’re nowhere to be found. 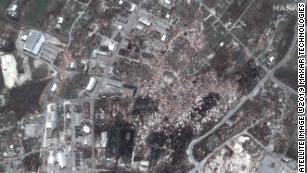 Satellite images show how much of the Bahamas the hurricane wiped out
“It’s tough,” Steinlage said. “We all went into medicine to help people. And when there are no living (people) to help, we have to redefine our sense of success.”
The medics hope many of the missing residents evacuated, either before or after the storm. But they fear many are dead.
By the end of their first day in East Grand Bahama, the medics identified at least 30 locations where they smelled corpses — even if they couldn’t see them.
Helen Perry, a nurse practitioner and Army veteran, said she hopes cadaver dog teams would come and find the bodies. If they don’t, the decomposing bodies could lead to a cholera epidemic.
“You just can’t leave them,” she said.

Trying to rebuild from nothing 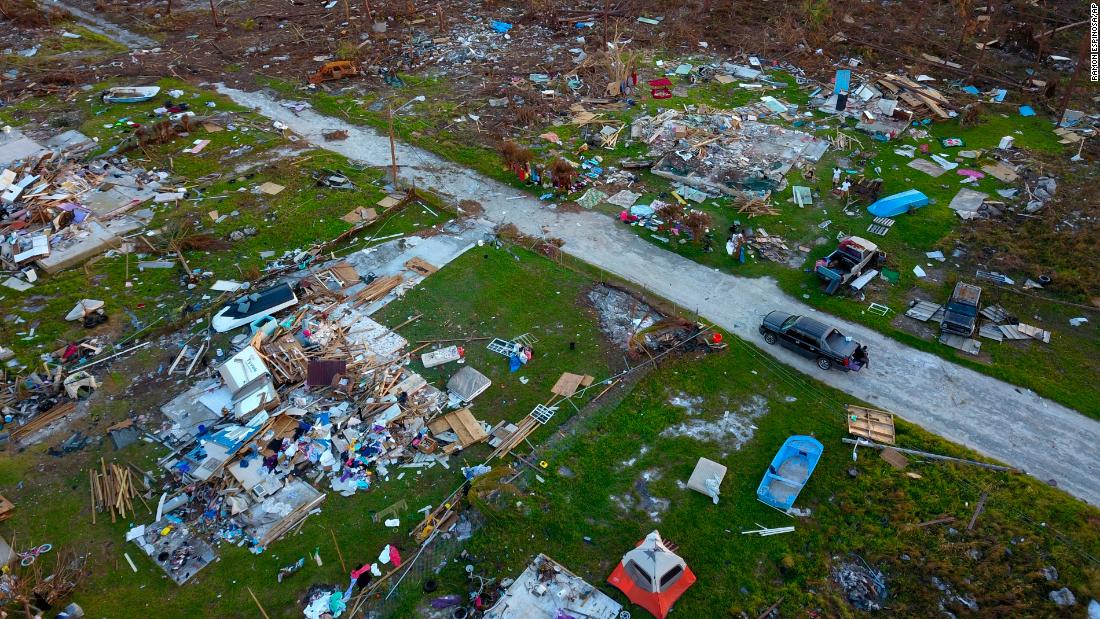 Countless houses were shredded to pieces in the eastern half of Grand Bahama island.
Sean Russell is one of the luckier residents from East Grand Bahama.
“I’m alive, and that’s all that matters,” he said. “Not everyone can say that.”
But his house was destroyed, as were most of his belongings. “A loss of this magnitude is really tough.”
Russell breaks down and grapples with flashbacks from the Category 5 hurricane that whipped 185-mph winds and pummeled his island for days.
“No one would ever in their wildest dream would believe a storm would come like that,” he said.
Now, everything he owns fits in a small overnight bag. 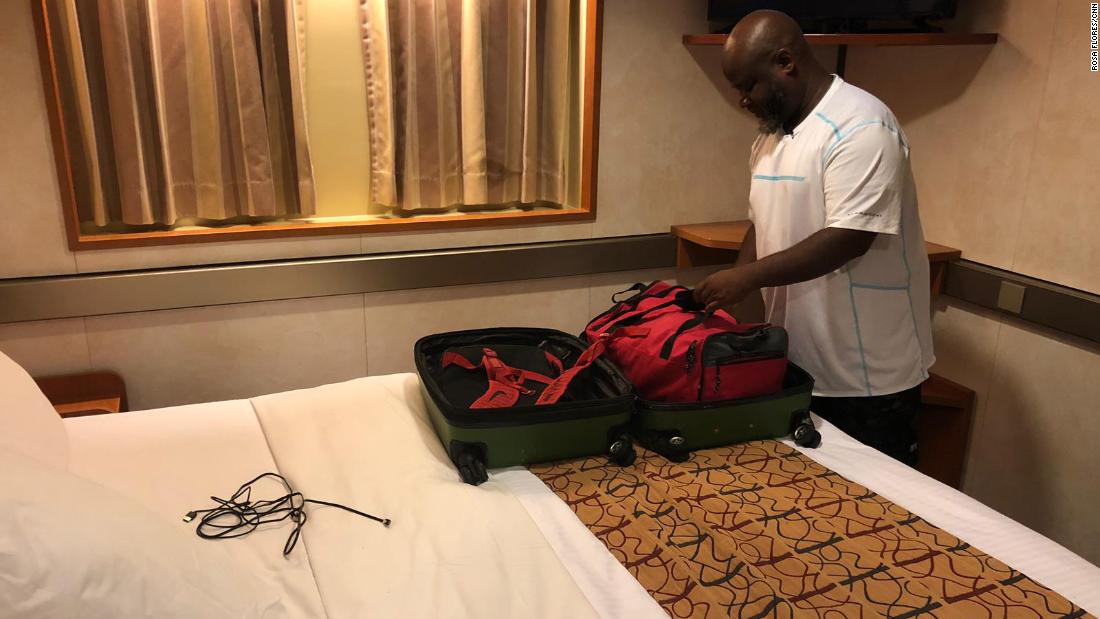 Teacher Sean Russell evacuates to the US after Dorian demolished his house.
On Tuesday, Russell paid $49.50 to board a ship that evacuated hurricane victims to Florida. When he stepped on the boat, he wasn’t sure exactly where he would stay in the United States.
“I don’t know what the plan is. But I’m just going by faith,” he said. “We’re starting all over again, because I lost everything.” 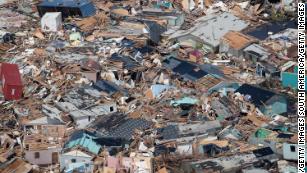 Here’s how you can help Hurricane Dorian victims
Russell later learned a volunteer family in Florida was willing to host him. But the long-term plan remains uncertain.
The teacher said he would love to rebuild on East Grand Bahama. He’s bought another ticket to return by boat on October 1.
But he knows that might not be possible. He has no job to return to, and the building he worked in is destroyed.
“After this, I really don’t think the Bahamas will be the same,” he said. “It will not be the same.”