Jack Rutledge, shown here during a 1975 Alabama football game, played for the Crimson Tide and later served as an assistant coach and support staff member for more than 20 years. He died Thursday at age 80. (Birmingham News file photo) (File)

Jack Rutledge, who played at Alabama for coach Paul “Bear” Bryant and later served his alma mater in various coaching and administrative positions for more than two decades, has died. He was 80. 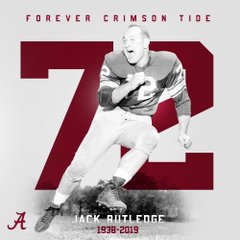 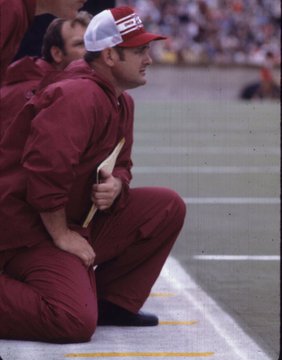 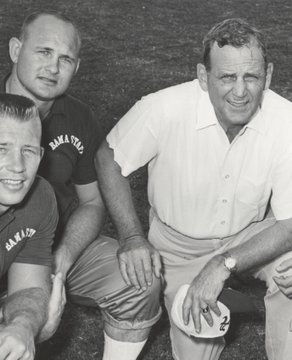 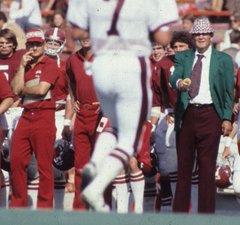 Rutledge earned the nickname “Governor” for his resemblance as a young man to John Patterson, governor of Alabama from 1959-63. It was a moniker that stuck with him the remainder of his life.

Rutledge starred on championship teams at Birmingham’s Woodlawn High School before joining the Alabama team in 1957. He lettered at guard for three seasons under Bryant, and was a senior on the Crimson Tide’s 1961 national championship team.

After a few years as a high school coach, Rutledge returned to Tuscaloosa to join Bryant’s staff in 1966. He would stay on in various capacities for most of the next two decades, coaching the offensive line and special teams, and also serving as director of Bryant Hall, the Crimson Tide’s athletic dorm.

Rutledge went into private business in 1984, only to return to Alabama again when Gene Stallings was hired as Crimson Tide head coach in 1990. Rutledge was also director of Bryant Hall during Stallings’ seven-year tenure at Alabama.

Rutledge is survived by his wife, Norma, sons Tim and David, and other extended family. How to find a storm shelter in your county